and join the Working Actors Community for exclusive content and additional perks!

The journey of a thousand miles begins with one step, but if you don’t even know the direction you’re going in, the step you’re taking may be away from your ultimate mission or destiny. — L. Scott Caldwell

If you’re looking for what it takes to be an actor long-term, over the course of your LIFE, then you’ve come to the right place, and you’re going to really enjoy today’s episode!

Have you felt like you weren’t really ready to work at a professional level—that perhaps you needed to study more, you needed more training—before you could really work among the people you admire? Or that you felt like a fraud, that you weren’t supposed to be where you are, that someone is going to find you out? Our guest today dealt with all of those feelings and soldiered on, ultimately winning a Tony award and enjoying a long and varied career across theatre, TV, and film.

Today on the show is Tony-winning actress L. Scott Caldwell. “Scotty” (as she is also known) has been a working actress for 40+ years, from Chicago to New York to LA, and many other places! In fact, right after we chatted, she was off to shoot episodes of Facebook’s Sacred Lies, ABC’s A Million Little Things, and HBO’s Insecure. She stays busy! I’m also honored that she’s now our second Tony-winner on the podcast, following Reed Birney in ep 13.

Scotty has over 100 onscreen credits, including recurring characters on Lost, The Secret Life of the American Teenager, Southland, Queens Supreme, and PBS’ Original Series Mercy Street. She’s also the second guest I spoke with from the hit movie The Fugitive with Harrison Ford. Scotty was part of Tommy Lee Jones’ team and shared a scene in the film with our guest from ep 21, Richard Riehle.

I first connected with Scotty about 10 years ago because of my involvement with Unite for Strength and the SAG-AFTRA elections. Scotty has been a very active Board and committee member over the years and I’m glad I reached out to her all these years later. We have a wonderful conversation!

Just a bit of what we cover in this episode with Scotty:

And so much more! Scotty and I ended up talking mostly about her early years, leading up to her first film role, and it’s such a fascinating journey, filled with excitement, doubt, challenges, and rewards.

We did intend to chat more, but even though there was still so much left to talk about in her life, I’m really thrilled with everything we did cover! Even if there’s never a Part II, it’s a great conversation about the life and beginnings of a working actor! 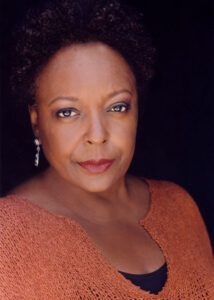 L. Scott “Scotty” Caldwell grew up on the South side of Chicago, attending local elementary and high schools, joining a drama club, and that’s when she first saw the Negro Ensemble Company, a group she would later join. She attended Northwestern University and then Loyola University, earning degrees in Theatre and Communications, and her teaching certificate

Her Broadway credits include Proposals, A Month of Sundays and Home.”She has also appeared Off-Broadway in About Heaven & Earth, Colored People’s Time, Old Phantoms, and A Season to Unravel
Her TV credits include roles on Judging Amy, JAG, Chicago Hope, The Practice, The Pretender, ER, and L.A. Law. She’s also starred in numerous films, including Mystery, Alaska; Dutch (one of my personal favorites); and Waiting to Exhale.

Scotty Won Broadway’s Tony Award as Best Actress for August Wilson’s Joe Turner’s Come and Gone. She was awarded the Drama Logue Award for her work in Proposals, an Obie Award for her Performance in Going to St. Ives, and the LA Drama Critics Circle Award for Lead Performance as Lena Younger in A Raisin in the Sun.

Want to hear from another actress who studied at HB Studio? Check out my talk with Gigi Bermingham!

Discover the MINDSET of WORKING Actors!

Inside are 10 specific ways you can STOP worrying and START working when it comes to being an actor!

Hear thoughts, ideas, and advice from those who have been acting 40+ years—taken from excerpts from podcast episodes.

These guests don’t know everything, nor is everything easy—they just have been around long enough to have figured out a few things, and they are sharing this with you. Get your copy of the guide now!

Are you looking for more about being a working actor? 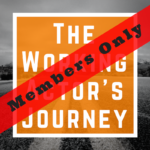 If you’re enjoying these episodes, I want to let you know you can become a premium member of the show and there are a number of different perks, including bonus episodes, exclusive opportunities, and more.

A special shout-out to our members at the Co-Star level or higher: Adam, Jeff, Robert, Ken, and Ralph! Thrilled that you all are members!

L. Scott Caldwell around the web

Scotty and Angela Bassett in Joe Turner’s Come and Gone at the Arena Theatre in Washington, DC 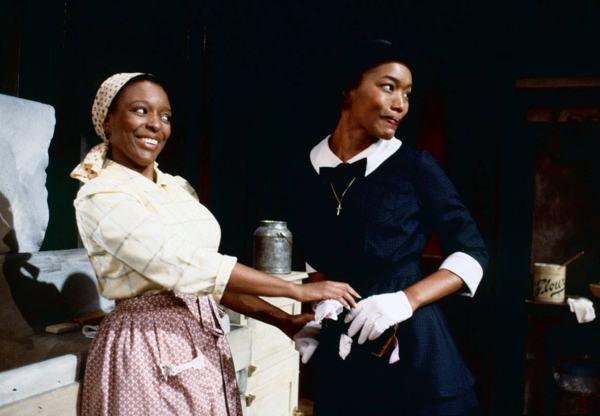 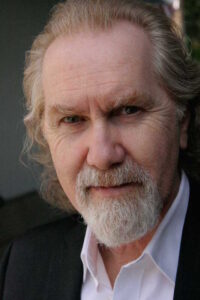 Get the show delivered to you!

Last chance to get the guide “10 Ways to Stop Worrying and Start Working!” (or I guess you could scroll up…)

more stuff on the socials

SIGN UP LINK IN BIO!⁠ ⁠ The Working Actor's Sh

Happiest of days to our guest Randall Duk Kim (ep

We have some great insights from director @wadeswo

Head to @actorceo to watch! Great advice and ideas

Our guest Peter Van Norden shares his thoughts on

Birthday week wraps up with @ClydeKusatsu from ep

Ep #1: Robert Pine on Raw Enthusiasm and Knowing Yourself

Ep #12: Dakin Matthews on Acting the Classics and Your Artistic Family

Ep #16: Ray Porter on Delivering the Mail, Being Your Advocate, and Good-Natured Arrogance

Most Listeners Until the Very End!