I’m thrilled to welcome Harry Groener to the show: he’s a 3x Tony nominee, a true triple threat, and a helluva nice guy. I’ve been lucky to catch Harry onstage as King Arthur in Spamalot in New York, as the afflicted king in The Madness of George III in Chicago, in Equivocation in Los Angeles, and he’s always memorable! We’ve also worked together on Mother Courage and Her Children with The Antaeus Company. He’s probably most familiar to audiences for his musical theatre work in New York, as well as being a series regular on the ’90s sitcom Dear John with Judd Hirsch, and playing Mayor Wilkins on the show Buffy the Vampire Slayer.

Harry has received many recognitions for his stage work, including three Tony nominations (Oklahoma!, Cats, Crazy For You), an LA Ovation Award (Equivocation), an LA Drama Critics Circle Award (King Lear), the Joseph Jefferson “Jeff” Award (The Madness of George III), as well as a Theatre World Award and a Drama Desk Award nomination (both for Oklahoma!), just to name a few.

He has performed in regional theatres across the country, including the San Diego Old Globe Theatre (where he is an associate artist), Mark Taper Forum, Westwood Playhouse, South Coast Repertory, Pasadena Playhouse, Long Wharf Theater, A.C.T., and the Williamstown Theater Festival. Film/TV work include About Schmidt, Patch Adams, Road to Perdition, How I Met Your Mother, Breaking Bad, The West Wing and Star Trek: The Next Generation, Voyager, and Enterprise.

Want to hear more from another musical theatre actor? Check out my talk with Peter Van Norden, an actor with over 45 years in the business! 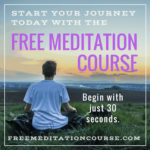 Harry Groener around the web

Harry singing and dancing in Crazy For You

O, reason not the need! Our basest beggars
Are in the poorest thing superfluous.
Allow not nature more than nature needs,
Man’s life is cheap as beast’s. Thou art a lady;
If only to go warm were gorgeous,
Why, nature needs not what thou gorgeous wear’st,
Which scarcely keeps thee warm. But for true need—
You heavens, give me that patience, patience I need!
You see me here, you gods, a poor old man,
As full of grief as age, wretched in both.
If it be you that stirs these daughters’ hearts
Against their father, fool me not so much
To bear it tamely; touch me with noble anger,
And let not women’s weapons, water-drops,
Stain my man’s cheeks! No, you unnatural hags,
I will have such revenges on you both
That all the world shall—I will do such things—
What they are yet I know not, but they shall be
The terrors of the earth! You think I’ll weep:
No, I’ll not weep.
I have full cause of weeping, but this heart
Shall break into a hundred thousand flaws
Or ere I’ll weep. O Fool, I shall go mad!

Photo credit: Geoffrey Wade / Antaeus Theatre (Three Days in the Country by Patrick Marber, a version of Turgenev’s A Month in the Country)