In preparation for our Chekhov session in The Rehearsal Room this September, you can get your own copy of Libby Appel’s new translations, co-produced with Allison Horsley.

I discovered Anton Chekhov’s plays at age 16 when an English teacher in my junior year of high school  assigned us THE CHERRY ORCHARD to read.  It was a revelation for me from the first moment I picked it up.   I still have difficulty understanding how a teenage girl could fall so madly in love with a play about loss, memory and grief, but fall in love I did.  And this was the start of a life-long passion with all of Chekhov’s works.

Libby Appel is currently the Artistic Director Emerita of the Oregon Shakespeare Festival. She was the artistic director of OSF from 1995 through 2007 where she directed 30 plays. Prior to that she was the artistic director of Indiana Repertory Theatre for 4 years and Dean and Artistic director of the School of Theatre at California Institute of the Arts. She was also head of the acting program at California State University, Long Beach and taught acting at the Goodman School of Drama in Chicago. She is the recipient of the Stephen and Christine Schwarzman Award for Excellence: Lifetime Achievement in Theater which was awarded at the Kennedy Center in 2010.

Allison Horsley has worked as a dramaturg, literary manager, and translator for over 20 years in the US and her adopted home country of Aotearoa New Zealand. Her Broadway dramaturgy and translation credits include The Cherry Orchard, Jersey Boys, Doctor Zhivago, and Dracula, with extensive regional work for Denver Center for the Performing Arts, O’Neill Music Theater Conference, Oregon Shakespeare Festival, La Jolla Playhouse, Dallas Theater Center, Baltimore’s Center Stage, and NZ’s Court Theatre. She lives in Ōtepoti Dunedin, New Zealand, where she works as a dramaturg for theatre and film/TV as well as a continuity supervisor in film. She is currently writing a book on translation and adaptation in the theatre, slated for publication with Routledge next year. 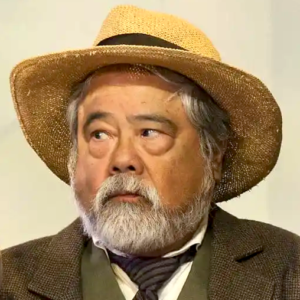 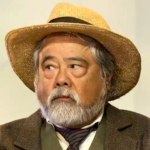