The following is the text work session taken from the full episode with Simon.

In this episode, Simon shares how he worked on a couple of different audiobook projects: first, dealing with a practically unreadable chapter in Alan Moore’s Jerusalem and then, a bit on The Wake by Paul Kingsnorth.

Plus we chat about building confidence, and how to approach audiobook projects you may not enjoy.

It’s a great session, and it was really wonderful to hear Simon’s process of both experiencing anxiety and putting in so much effort to make sure he does the book justice for both the author and the audience. 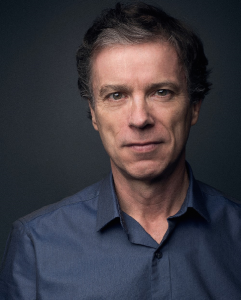 Simon Vance was born in Brighton, England and as part of his early years, attended the local School of Music and Drama. He went to Leeds University, becoming part of the student TV/radio network, and afterward, worked at BBC Radio Brighton, which led to BBC London and Radio 4, the national speech-based network.

He found he had knack for audiobooks by working for the Talking Book Service of the Royal National Institute for the Blind. After moving to the Bay Area, he worked on stage and a bit on camera before finding audiobooks, which eventually really took off!

He currently has 16 Audie Awards, including for The Tao of Pooh, Great Expectations, The King’s Speech, The Complete Sherlock Holmes, and Alan Moore’s Jerusalem. He is also the recipient of 70 Earphone Awards, including for many of the books just mentioned along with The Wind in the Willows, The Prestige, and Dracula. He was chosen as Booklist Magazine’s inaugural “Voice of Choice”, is an AudioFile Magazine “Golden Voice”, and is in the Audible “Hall of Fame”.

Want to hear more from Simon? Check out my full talk with him here!

Simon Vance around the web

Simon’s “other” voices: as Richard Matthews | as Robert Whitfield | as Michael Gibbs (some of his earliest work!)

Awake, Lucia gets up wi’ the wry sing of de light. She is a puzzle, shore enearth, as all the Nurzis and the D’actors would afform, but nibber a cross word these days, deepindig on her mendication and on every workin’ grimpill’s progress. Her arouse from drowse is like a Spring, a babboling book that gorgles up amist the soils o’ sleep, flishing and glattering, to mate the mournin’ son. Canfind in this loquation now she gushes and runs chinkling from her silt and softy bed, pooring her harp out down an illside and aweigh cross the old manscape to a modhouse brookfast. Ah, what a performance, practised and applausible. She claps her hands, over her ears, to drone out all the deadful wile-ing and the sorey implecations of whor farmlay. With her bunyans all complainin’ she escapes the Settee o’ Destraction and beguines her evrydaily Millgrimage towar’s ridemption or towords the Wholly Sea; to wards, the tranquilisity of night.