The biggest downfall of actors is when they start to get very pleased with themselves because they’re actors; having something else that will keep you a bit humble is a good thing. — Ray Porter

On the show today is Ray Porter, an actor who spent 18 seasons with the Oregon Shakespeare Festival playing all sorts of roles, including many leads, and has since narrated more than 300 audiobooks, while still appearing on film, tv, and onstage.

Just a bit of what we cover in this episode:

We even work on a piece of text from The White Devil by John Webster! Post-Shakespeare themes and ideas—very cool stuff, and I’m sure most people are not using this for their classical monologue!

I first got to know Ray while working at the Antaeus Company where we did a staged reading of Coriolanus together, and then we were both in Noel Coward’s Tonight at 8:30.

This is also a more personal episode since I started narrating audiobooks a few years ago. I am still learning all about it, and I really look up to and admire Ray and his body of work. Not only do I consider him a friend, but I’m very much a fan, and so excited that we could make this chat happen.

I wanted to use one of my favorite lines from this episode as the title: Ray Porter: Stay the F*ck out of the Author’s Way, as I think it really encapsulates his approach, and that even gives you a quick sense that this guy cuts right to the chase. Maybe if Ray ever writes a book, that can be the title! Ha.

Outside of OSF, he has appeared at ACT in San Francisco, the Mark Taper Forum, Berkeley Rep, and just last year in Henry IV with Shakespeare Center LA alongside our past guests Harry Groener (Ep 4), Geoffrey Wade (Ep 5), and Peter Van Norden (Ep 7)—and Tom Hanks played Falstaff!

Curious just how good Ray is as a narrator?

(No surprise by now if you’ve been reading everything above…)

And if Ray’s name sounds familiar, you heard him in the Audible ads last season, with an excerpt from Patient Zero by Jonathan Maberry, a book that I (and many others) really loved. There are definitely moments when I listen back and think “wow, he sounds just like his narration,’ which I think is absolutely a tribute to how authentically he brings himself to his work.

Here’s a clip from that book:

Want to hear from another VO actor with plenty of Shakespeare experience? Check out my talk with Armin Shimerman! 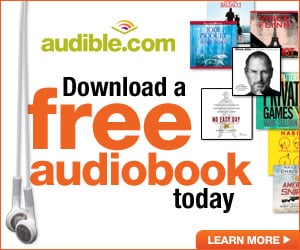 Ray Porter around the web

Ray’s monologue from The White Devil by John Webster

An old tale.
Upon a time Phoebus, the god of light,
Or him we call the sun, would need to be married:
The gods gave their consent, and Mercury
Was sent to voice it to the general world.
But what a piteous cry there straight arose
Amongst smiths and felt-makers, brewers and cooks,
Reapers and butter-women, amongst fishmongers,
And thousand other trades, which are annoyed
By his excessive heat! ’twas lamentable.
They came to Jupiter all in a sweat,
And do forbid the banns. A great fat cook
Was made their speaker, who entreats of Jove
That Phoebus might be gelded; for if now,
When there was but one sun, so many men
Were like to perish by his violent heat,
What should they do if he were married,
And should beget more, and those children
Make fireworks like their father? So say I;
Only I apply it to your wife;
Her issue, should not providence prevent it,
Would make both nature, time, and man repent it.