In these times of much ado about SOMETHING…

an all-star cast in a FREE online Shakespeare reading of

Much Ado About Nothing

Listen to additional scenes from the play right now!

With an incredible cast of previous guests from the podcast: 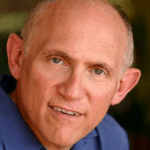 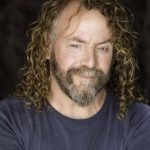 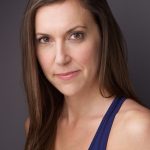 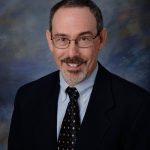 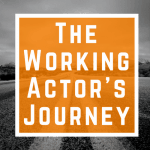 Listen to episodes of The Working Actor’s Journey 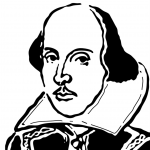 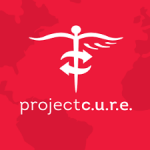 If you’d like to donate during this time, please consider Project C.U.R.E.

As the medical industry experiences a vast shortage of equipment, Project C.U.R.E. is making all of their masks, gloves, PPE’s and other items available to hospitals and first responders to fight COVID-19.

Inspired by The Show Must Go Online

Get your copy of this online guide of advice and lessons learned with auditions, singing, saying ‘no’, anxiety, insecurity, and more…from actors who’ve been there!⁠

There’s 36+ hours of interviews and here we’ve compiled some of the best wisdom shared.

Go beyond acting theory and hear from professionals that have worked for 40+ years…where the rubber meets the road.

Dakin Matthews is an actor, playwright, dramaturg, director, teacher, and Shakespeare scholar. He is an Emeritus Professor of English at California State University, East Bay in Hayward, California and attended graduate school at NYU.

Dakin began his stage career in the San Francisco Bay Area, appearing in both the Marin and California Shakespeare Festivals. He acted and taught at American Conservatory Theatre in San Francisco, and at the Juilliard School in New York

Former Artistic Director of the Berkeley Shakespeare Festival, the California Actors Theatre, The Antaeus Company (which he co-founded), and the Andak Stage Company; he is an Associate Artist of the Old Globe Theatre; and a founding acting member of John Houseman’s The Acting Company and Sam Mendes’ Bridge Project.

He has written verse translations of six seventeenth-century Spanish comedies, and his play Capulets and Montagues won the L.A. Drama Critics Circle Award for Best Adaptation. He’s been a regular at Center Theater Group in LA and South Coast Repertory in Costa Mesa, and has acted and directed at many other regional theatres. Stage work includes numerous productions of Shakespeare and Shaw, and he appeared in Romeo and Juliet directed by Sir Peter Hall.

He has 150 credits on IMDb, with a 30+ year career on screen, and film work includes Steven Spielberg’s Lincoln and Bridge of Spies, and the Coen Brother’s True Grit. He was a series regular on Soul Man with Dan Aykroyd, The Jeff Foxworthy Show, and The Office. He’s also been a recurring character on Gilmore Girls, Desperate Housewives, The Mentalist, and King of Queens.

He has appeared on Broadway in Henry IV with Kevin Kline and Ethan Hawke, A Man for All Seasons with Frank Langella, Rocky the Musical as Mickey the trainer, with Helen Mirren in The Audience as Winston Churchill, in Waitress the musical, and is scheduled to appear in two more Broadway shows this year: The Iceman Cometh with Denzel Washington, and in Aaron Sorkin’s adaptation of To Kill A Mockingbird with Jeff Daniels.

He has been a dramaturg on Broadway for the aforementioned Henry IV, for Macbeth with Ethan Hawke (both directed by Jack O’Brien), and for Julius Caesar with Denzel Washington, directed by Daniel Sullivan. Dakin won a special Drama Desk Award for his adaptation of Shakespeare’s Henry IV, which combined both parts into one play, and a Bayfield Award for his performance in that show.

His handbook on verse-speaking, Shakespeare Spoken Here, has been used in universities and training programs throughout California; and he has given master classes in Shakespearean acting around the world.

Armin Shimerman has been working 50 years in the business and has amassed 200+ credits on IMDb, with 4 projects in post-production. He was a long-running recurring character on Beauty and the Beast, Buffy the Vampire Slayer, and Boston Legal.

He has voiced Dr. Nefarious in the video game Ratchet and Clank, and has done many other voiceovers, video games, and commercials.

He’s also a Shakespeare scholar, teacher, director, and actor. In recent years, he has played Leo Tolstoy and King Lear’s Fool onstage. He’s also a writer, and has written a few novels with a sci-fi/Renaissance twist in the Merchant Prince series.

Robert Pine working for the past 50+ years and probably best known to audiences for starring on the show CHiPs in the 70s and 80s.

Robert has over 200 film and TV credits, appearing on almost every iconic show from the ’60s to today, from Bonanza to Veep. Chances are if you’ve been watching TV over the last few decades, you’ve seen Robert! He’s also done commercials, video games, daytime soap operas, theatre, and plenty of films, including Independence Day and Frozen. Robert also serves as a member of the SAG-AFTRA National Board.

He also happens to be, if you were wondering, the father of actor Chris Pine, known as Captain Kirk in the recent Star Trek films and he was also in the rebooted Wonder Woman film.

Outside of OSF, he has appeared at ACT in San Francisco, the Mark Taper Forum, Berkeley Rep, and in Henry IV with Shakespeare Center LA alongside our past guests Harry Groener (Ep 4), Geoffrey Wade (Ep 5), and Peter Van Norden (Ep 7)—and Tom Hanks played Falstaff!